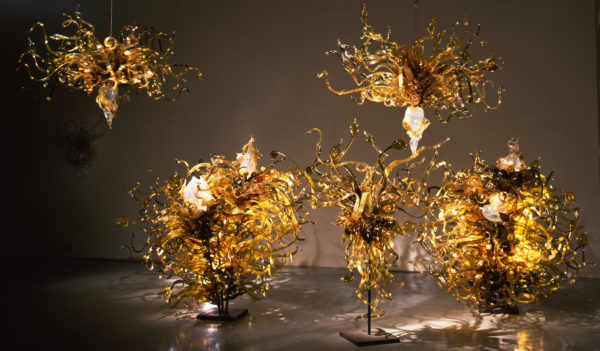 From the George R. Stroemple Collection

Lauren Rogers Museum of Art is pleased to present Laguna Murano Chandelier, considered by many to be the most important of its type by the renowned glass artist Dale Chihuly. Many LRMA visitors have fallen in love with Chihuly after our acquisition of the fabulous Aventurine Green Chandelier with Copper Leaf as part of our 90th Anniversary commemoration, and we are thrilled to offer the Laguna Murano Chandelier installation as we celebrate our 100th anniversary in 2023.

In 1996, Chihuly mounted an enormously ambitious and momentous project:  he installed fourteen massive Chandeliers at various landmarks in the city of Venice—from a floor-to-ceiling Chandelier at the Doge’s Palace to a fiery sunburst over the Rialto fish market. George Stroemple attended Chihuly Over Venice, and he decided that he would like to add a chandelier to his extensive collection of works by the artist. The resulting Laguna Murano Chandelier was blown at the end of Chihuly Over Venice in September 1996. It was the only chandelier of the project produced on the island of Murano, in the hot shop of Pino Signoretto. Its production marked the first time that three glass masters—Dale Chihuly, and Italian masters Lino Tagliapietra and Pino Signoretto—were assembled at the request of Chihuly to create a collaborative work. Laguna Murano Chandelier is unique in Chihuly’s oeuvre in that it incorporates eight sculptural elements in addition to the explosion of amber tendrils that make up the mass of the piece. The fact that it evolved out of the teamwork of Chihuly, Signoretto, and Tagliapietra makes it a significant moment in the studio glass movement. 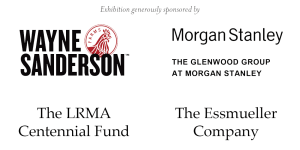