Exhibition | From New Orleans to Mexico and Back: Modernist Paintings by Olive Leonhardt 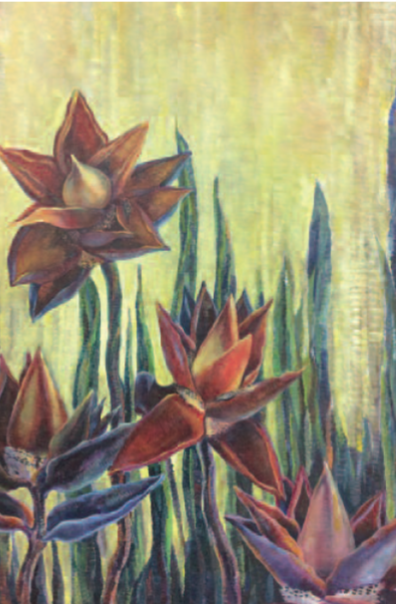 From New Orleans to Mexico and Back: Modernist Paintings by Olive Leonhardt

In 1931, artist Olive Leonhardt told a reporter, “Isn’t it natural that, born in Jackson, Mississippi, going to school at Newcomb and living in New Orleans for years, I should get the feeling of local people and places?” She went on to say, “I think I do better sketching a Mississippi boy, impudent and shy at the same time, rather than trying to do picturesque Mexicans–tropical foliage.” She had first traveled to Mexico the year before, and she was to return there many summers during the 1930s and 1940s. The artist’s  granddaughter has noted that there are numerous similarities between the places Leonhardt visited in Mexico and the French Quarter of New Orleans in that they were tourist destinations, were friendly to the arts, boasted colonial architecture, and celebrated the many festivals of Catholic culture. Her initial trepidation at being able to capture the spirit of Mexican culture as powerfully as she was able to portray the essence of the Southeastern United States eventually dissolved.

During the 1920s, Leonhardt had been using various styles in her drawings and illustrations. The time she spent in Mexico caused a shift in her style in the 1930s, as she was influenced by Pre-Colombian art and elements of Cubism and Surrealism that she saw in the work of Mexican painters Jose Orozco, Diego Rivera, and Rufino Tamayo. Using low-key color, geometric lines, simplified forms, and sometimes dream-like compositions, Leonhardt produced striking images of the life and people of Mexico and New Orleans in an authentic, personal, and modernist idiom.

The installation of works from her granddaughter Gay Leonhardt’s collection in the LRMA Christian Gallery is the first to focus on this aspect of Olive’s artistic career; a publication will accompany the exhibition. A composition installation in the adjacent gallery will highlight illustrations that the artist drew for a prohibition cocktail alphabet book around 1930, recently published in the book Shaking Up Prohibition in New Orleans: Authentic Vintage Cocktails from A to Z. These illustrations, produced in an Art Deco style, are examples of Leonhardt’s work before she was influenced by her time in Mexico.