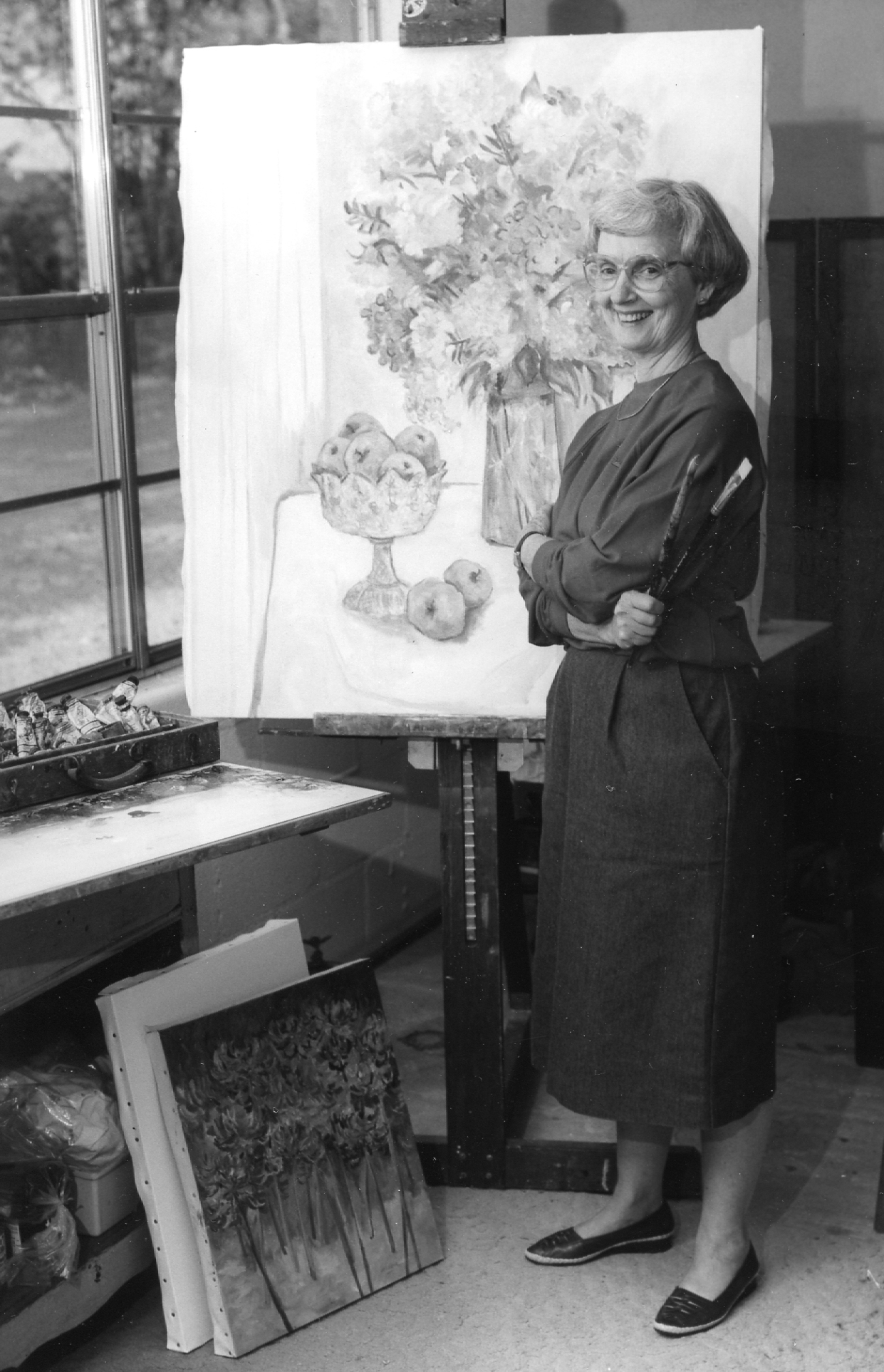 Art teacher, exhibition curator, assistant director and registrar — those are just a few of the job titles that Amorita Gordon held during her 34 years of employment at the Lauren Rogers Museum of Art. Gordon tackled her job, painting, and life with the same attitude — to perform with joy, commitment, and a creative spirit!

It is not uncommon for artists to juggle their passion with a parallel job in the field. Gordon did just that. She began working at the Museum in 1952 as an assistant to the librarian-director and took hiatus from the Museum in 1969 to teach art in the Laurel City Schools. She returned to her Museum post in 1975 and worked until her retirement in 1993.

Her first solo exhibition of oil paintings was held at LRMA in 1988 where she exhibited 28 still life floral paintings, all thinly washed resembling watercolor paintings. Her mother was an avid gardener, so it was natural that she pursued the study of flowers in her paintings.

With her passing in 2015, LRMA is proud to honor the artistic work of Amorita Gordon as we revisit her paintings and honor her life at the Museum.