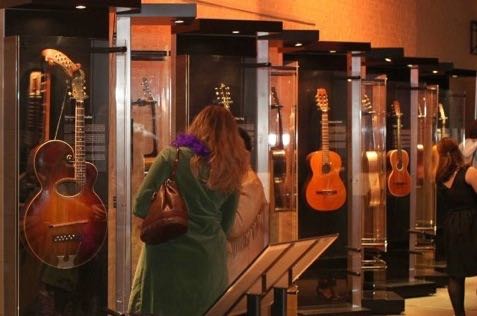 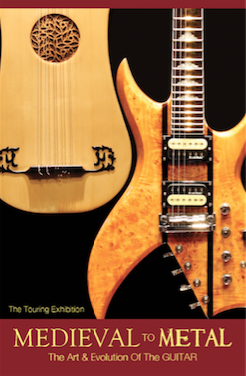 Medieval To Metal: The Art & Evolution of The GUITAR

Guitars and other modern stringed instruments evolved from two ancient types of musical instruments. The origin of these instruments goes back to at least 3000 BC, the beginning of recorded history. The first were harp-like instruments such as the lyre where many strings were tied over an open space like a gourd bowl or a tortoise shell, or strung from a bowl up to a crossbar. The second type was a stick to which a few strings were attached at the top and bottom. Small gourds were attached to the sticks to increase the volume and improve the sound.

The difference between the two is significant. Instruments with necks allowed musicians to create different notes by pressing the strings down at different points on the neck. But the width of the stick-like necks limited the number of strings; sometimes only a single string and rarely more than three or four. And their small gourds produced a thin sound. On the other hand, the lyre had four or more strings, allowing for a combination of notes that could be plucked or strummed as chords and their large bowls produced a vibrant sound. But because they were strung across open space, there was no place to press down on the strings and change their notes.

Today’s stringed instruments are descended from one or both of these instruments. There was no point at which the two types were joined together, but over thousands of years instrument makers combined the best of both worlds to create instruments that were right for their time. Eventually, gourds gave way to carved wooden bowls, and sticks became wide wooden necks with many strings, and the instruments we know today began to take shape.

The guitar evolved from European and Asian instruments during the Middle Ages (primarily the oud and lute). From bowls to flat surfaces to slightly curved lines, guitar makers experimented with hundreds of different shapes looking for the perfect blend of beauty, physics, and sound. The first instrument to feature incurved sides, the hourglass shape, was the vihuela. It was short-lived and gave way to the instrument that had been known by a variety of names, including kithara (Greek), cithara (Latin), qitar (Arabic), gittern (English), gitarre (German), guitare (French), chitarra (Italian), and guitarra (Spanish). European luthiers who emigrated to the United States in the 1800s changed the guitar’s structure to make it louder and sturdier. This included making the bodies bigger to project more sound.

The guitar was the first multi-faceted instrument that allowed singers and performers to accompany themselves, and it was easy to travel with. The traveling guitar gave rise in the early 1900s to the blues in the Deep South and country western music in the expanding U.S. west. At the same time, technicians. luthiers, and musicians attempted to make guitars louder for band members who couldn’t hear their guitars above drummers and horn players. They began using electricity in the 1930s to amplify the guitars. Since then, the development of the guitar has been all about making guitars louder—and more beautiful.

Wide-scale production of the electric guitar started in the 1950s and has continued unceasingly to the present. Inventors and designers like George Beauchamp, Guy Hart, Leo Fender, Les Paul, Ted McCarty, and Paul Bigsby came up with new innovations and body shapes from the 1930s to the 1950s that also changed the shape of music.

By the 1960s, the guitar had evolved to become something every bit as important to social change as newspaper editorials and politicians’ speeches. Street corner guitarists led anti-war protest movements while angry youths fighting against the status quo took up guitars to fuel their punk instincts. The guitars of this era got wilder by design, employing materials like plastic, carbon fiber, and even metal that led to more radical shapes and sounds than ever before.

Modern instruments incorporate an ever-increasing array of designs, materials, and technology, yet they retain a visual relationship to their centuries-old predecessors that is undeniable.

The guitar is the single most enduring icon in American history. Yet it evolved from European and Middle Eastern instruments (such as the oud and lute) during the Middle Ages.These instruments are displayed in the exhibit side by side with the guitar as
we know it and recognize it today, distinguished by its signature hourglass shape. Ever since the guitar’s inception, though, guitar makers have experimented with hundreds of different forms looking for the perfect blend of beauty and sound–whether it be bowls, flat surfaces, slightly curved lines, or dagger sharp angles.

The historical and notable objects within the exhibit detail this design evolution. They include instruments such as the intricately inlaid Moorish oud, the six-foot long Renaissance theorbo, the modern Italian design of the EKO, the transparent
acrylic body of California’s B.C. Rich guitars, and many more. Each is an exploration of the iterations of the musical instrument that has become one of the most recognizable man-made objects on the planet.

The Exhibition has three primary components:

The Permanence Of Design
Hand-drawn illustrations by renowned designer Gerard Huerta. These eight illustrations show how the iconic guitars designed in the 1950s have not changed in shape or design, while other contemporary devices–from automobiles to telephones–are nearly unrecognizable relative to their 1950s counterparts. 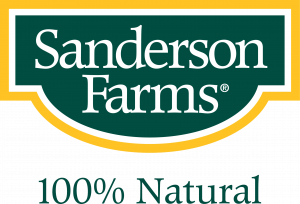